When I was a medical student, I did not have health insurance. I was in need of a doctor, and a kind soul had the mercy to see me. I offered what I had, which was $30 and some change, and he just told me to “pay it forward”. That really stuck with me. I remembered the desperation I had felt just moments before, and the peace that came with knowing I would be okay. I vowed to help others in this way, working with the underserved and uninsured, and did so for 23 years.

Along the way, I met an extremely kind and warm-hearted couple. Over the years, I got to know Alice and James. She would share her stories of how she would make countless wedding dresses, decorations, and even curtains for her church. James’ contribution, per her, was that he never complained that they spent their own money to do this out of the goodness of their own hearts and in service to God. She shared with me that the movie “Sister Act” with Whoopie Goldberg was loosely created around their church choir and their fearless, talented leader, Iris Stevenson. (Alice would have been the part played by Kathy Najimy).

When the couple’s 50th anniversary rolled around, I asked how they would celebrate. They mentioned they would have liked to renew their vows, but they didn’t have the means. In our residency program, part of the curriculum we created is based on community service. I thought, instead of the usual service at one of the shelters, why don’t we put on a renewal of vows for the couple?

I pitched it to the residents and they liked the idea. From there, things snowballed. We wrote to the Shane Co. and they offered to help, providing rings for the couple. People took up donations. The couple’s family kicked in, providing monies, food, and help with decorations. One of the doctors donated money for James to get a new suit, and Alice to buy material to make (yes, she made it!) her gown. A local catering company, Atlasta, donated side dishes. Residents, faculty, staff, and their families and friends gave of their time to serve and clean during the reception. The giving seemed to go on forever, too long to list here. Friends of the couple were asked not to give money for the ceremony, but instead give them cash- with which they purchased a new mattress. James said that night he’d had the best night’s sleep he’d had in years. 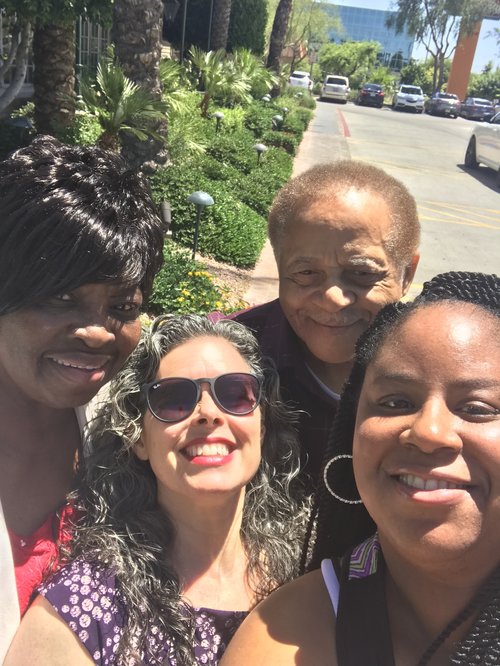 In retrospect, one could say it was a lot of work. But honestly, for me this was a work of love. The amount of joy and sublime satisfaction we received was far greater than anticipated.

Although this was a larger project, the scale can be whatever one wants it to be. It started with a small idea of a little reception potluck and grew into a full blown church ceremony, all because of LOVE. It grew out of a collective desire to maintain meaningful relationships, and share in the celebration of this couple who has helped so many for so long, but began with a single seed of love which was sowed by the couple themselves.

By the way, check out https://www.shaneco.com/engagement-wedding/wedding-rings -highly recommend them due to their kindness and service to this couple!!

Stay inspired with  health and wellness tips delivered straight to your inbox.